The Maze Runner Gets Sequel

The Maze Runner? What did I think? I liked it. The movie does have a slow start which I heard about the book, so I went into the movie with that expectation. Side note, The Legend of the Firewalker also has a slow start, so I am not complaining. ;) 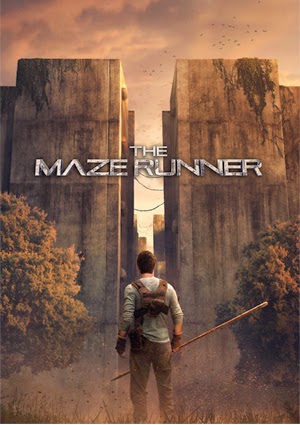 The movie and novel by the same name, by James Dashner, stars Dylan O’Brien (MTV’s Teen Wolf). The premise of the story appears to be about a post-apocalyptic world in which civilization has fallen due to a virus. I say “appears to be” because there were so many unexpected twists and unanswered questions. However, by the end of the film, I had to stop the urge to immediately pick up book #2 in the series, The Scorch Trials, to find out what happens next.

Although I am more of a fan of the supernatural and not really the post-apocalyptic genre, I still enjoyed the movie. Overall, if you like action and definitely movies that make you think, you should enjoy this film. Apparently, others have as well, to the tune of $32.5 million during its opening weekend in North America. 20th Century Fox has already announced it will be making the sequel. The Maze Runner: Scorch Trials, based on the second novel in the series, has a tentative release date of September 2015.

I give The Maze Runner film 4.0 stars, based on the fact I spent more than half of the movie asking, “What the heck is going on?”  At Rottentomatoes.com, 79% have reported to have liked it.

The Legend of the Firewalker eBook is now on sale for $0.99 and the second book in the series, Drawing Bloodlines, is $3.99.

The Maze Runner Debuts This Friday! 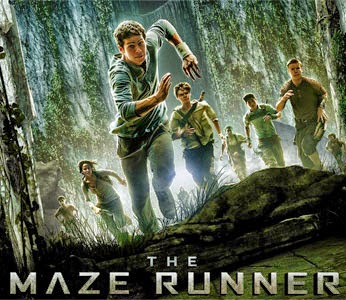 So this Friday, The Maze Runner hits theaters and I can’t wait to see it. You may recall in previous blog posts I have mentioned that The Legend of the Firewalker has appeared in several Amazon book lists with this popular novel.

I haven’t had a chance to read the books, but I will definitely see the movie to see what The Maze Runner is all about. The movie stars Dylan O’Brien (MTV's Teen Wolf), and I can’t wait to see his performance. I am also a fan of the MTV series in which he co-stars.

The Legend of the Firewalker eBook is now on sale for $0.99 and the second book in the series, Drawing Bloodlines, is $3.99.