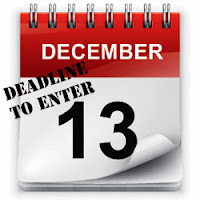 The Kindle Paperwhite Giveaway exclusive for Fans of Steve Bevil’s Writing is still in progress! Log-in to Amazon.com to rate and review The Legend of the Firewalker by Friday, December 13, 2013 and get entered to win. Only the first 100 to enter and only 77 slots left. **Don’t forget to email me at stevebevil.blogspot@gmail.com to secure your entry or leave me a message on Facebook.

http://goo.gl/nCKA5s (link to leave a review)

Also, don’t forget to enter the $25 Amazon Gift Card Giveaway that includes some other great prizes at the link below.

I am pleased to announce another Kindle Paperwhite Giveaway exclusively for Fans of Steve Bevil's Writing! The giveaway will close promptly after the first 100 entries and the winner will be randomly selected from those entries.

Here's how to enter:

1) Over the next 3 days (Starting Monday 11/18 at 6am) go to Amazon.com to download The Legend of the Firewalker for free! (The Kindle Reading App is available for your Mac, PC, Android, IPad, IPhone, and other compatible devices.)

2) Rate and leave your honest review of The Legend of the Firewalker on Amazon.com.

3) After you have rated and reviewed the book, email me at stevebevil.blogspot@gmail.com and include your Amazon public/profile name.

***Only those who have liked Fans of Steve Bevil's Writing are eligible to enter.

Good luck to all those that enter and happy reading!

October eBook Cover Design Awards: The Legend of the Firewalker 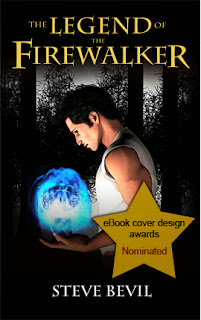 I am very pleased that the book cover for The Legend of the Firewalker received a favorable comment from the eBook Cover Design Awards although it didn't win. I've been following the e-Book cover design awards for sometime and I am still in awe that the time had finally arrived for my very own book to appear among all the great book covers!

The eBook cover design awards can be found at www.thebookdesigner.com and Joel Friedlander, self-published author and award-winning book designer, administers the awards. For the month of October, there were 99 book covers submitted for the category of fiction, and 17 for non-fiction. Joel commented that the book cover for The Legend of the Firewalker was effective, however the typesetting of the smaller letters could have been better. I have spent some time on Joel's blog and have come to know that he is a stickler for typesetting.

Just seeing The Legend of the Firewalker appear on the website with all the rest was rewarding enough, at least this time around..haha! I can't wait till the day comes when book #2 in the series is being nominated and I will definitely see what I can do to improve the typesetting. ;)

One last note, for those of you interested in a second chance at winning an autographed copy of book #1 in the series, there is currently a Goodreads giveaway in progress if you want to enter.

Also, don't forget to enter the November Legend of the Firewalker Giveaway, which includes some great prizes. The deadline to enter that giveaway is Sunday, December 15, 2013. 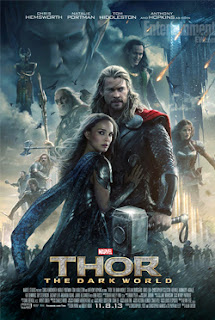 Before I get into my review of the Thor 2 movie, I want to announce the November LOTFW giveaway! The giveaway is now live and the deadline to enter is Sunday, December 15th. There are some very cool prizes this time around including a $25 Amazon gift card. To enter, click here.

For those of you paying attention, I know I announced it will be live November 16th, but hey, I got it done
early. ;)

Now, on to the review...Thor: The Dark World! I thought the movie was a good sequel to the first Thor movie starring Chris Hemsworth and Natalie Portman. Also, I want to mention that co-star Kat Dennings was great in this film and delivered her role as comic relief very well.

There were a couple of rumors floating around the internet that the wonderful actor Tom Hiddleston would not be returning as fan favorite villian Loki, half-brother to Thor, or even worse, the character dying in the sequel. John Campea, AMC Editor and Chief,  talked about the buzz or rumor surrounding this on AMC Movie Talk, which if you're interested you can watch below. Other than that, you will have to see the movie to find out the fate of Loki.

Overall, I enjoyed it and the special effects were fantastic. Returning to Asgard was visually an epic experience and as I mentioned above, seeing Tom Hiddleston return as Loki was a two thumbs up! I give the movie 4 out of 5 stars and I recommend it as a must see with family and/or friends. 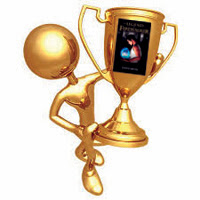 I feel like time is going by so fast! It feels like only yesterday that I was announcing the Nov 3rd Goodreads giveaway winner. But without farther ado, the November 12, 2013 Goodreads giveaway winner is from the province of West-Vlaanderen (West Flanders) Belgium. Over 1,200 people entered and the winner will receive an autographed copy of The Legend of the Firewalker.

Also, here are the details for the next Legend of the Firewalker Rafflecopter Giveaway. The giveaway will open for entries starting this Saturday, November 16, 2013. At that time, you can enter through this blog site at the following link or by clicking on the "Rafflecopter Giveaway" tab located on the main menu.

The prizes for this Rafflecopter Giveaway are as follows:

Good luck to all those that enter and thank you so much to Trevor Wanamaker for donating the artwork for this giveaway.

Goodreads Winner is from Ledbetter, Texas & The Next Rafflecopter Giveaway!

To enter, you have to be a Goodreads member and it takes about 5-10 minutes to register. Good luck to all those that enter this giveaway and congratulations to the November 3rd winner!

In other news, I am still working out the details for the next Legend of the Firewalker Rafflecopter Giveaway. As of now, the prizes are as follows and I plan to add one more prize to "sweeten" the pot.

The white paper cut of the book cover for The Legend of the Firewalker looks amazing!! The artist is Trevor Wanamaker and he does excellent work and is very creative. I also received a congratulatory colored paper cut from the artist and it looks great!

I plan to blog about Trevor; spotlighting his work. Until then, check out his Facebook fan page and if you stop by, please don't forget to like his page!

The Winner of the Kindle Paperwhite is from the University of Michigan...Go Wolverines! 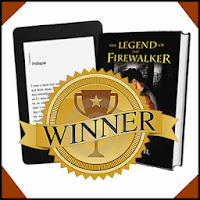 The winner of the Amazon Kindle Paperwhite (Wifi) & autographed copy of The Legend of the Firewalker hails in from the University of Michigan in Ann Arbor, Michigan. There were over 450 entries and  a special thanks to all those that entered!

I will be announcing another giveaway with some great prizes soon so stay tuned! I should have all the details worked out for the new giveaway by the end of the week.