Hello everyone and happy Thursday!!

The winner of the last Goodreads giveaway was from Gävle, Sweden. Over 1,600 people entered to win an autographed copy of The Legend of the Firewalker and congratulations to the winner!

Also, when you get a chance check out the “go fund” currently in progress for the Let’s Read Program. This program was created to encourage children and young adults all over the world to read more by combining reading with theatre.

The creators of this program are also the authors of the Amazon Best Seller the Volonians: Mysteries of the Vondercrat. The Volonians is the first book in the Let’s Read Program to be adapted to the stage to bridge theatre with reading in an interactive kid-friendly way.

Please click here to learn more and to support this program!

"You can be anything and anyone if you open up your imagination and read a book." ~The Let's Read Program.

Legend of the Firewalker Characters....Who is Nathan, Lafonda, and Malick for You??

I thought I would share with you today some of the feedback I have received in regards to what people are saying characters look like and/or what actor or actress could play that character. The three characters I get told about the most are Nathan, Lafonda, and Malick.

So without further ado, while reading, people imagine Nathan Urye to look like either Taylor Lautner or Tyler Posey. Taylor Lautner is most known for his work in the Twilight franchise and Taylor Posey for MTV’s Teen Wolf.

I am also told that if The Legend of the Firewalker was made into a movie, the role of Lafonda Devaro could be played by either Katerina Graham or Kylie Bunbury. Katerina Graham is known for her role as best friend Bonnie on the CW’s The Vampire Diaries and Kylie Bunbury for her work on the ABC Family television show Twisted.

And finally, I have been told many times that Sean Faris would make a great Stephen Malick and just recently, I’ve been hearing about Scott Eastwood. Sean Faris starred in the 2008 movies, Never Back Down and Forever Strong and Scott Eastwood is the son of Dirty Harry star Client Eastwood.

If in your mind the character looks like someone else or if you think some other actor or actress could play that character on the silver screen, please let me know by leaving a comment below. You can also participate in the Who Could Play Who Poll on the left.

Tell me, who is Lafonda, Malick, Nathan or some other character for you??

Tips for Those Tinkering Around With the Idea of Writing 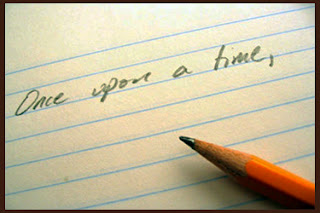 I hope everyone had a great time over the holidays and that your pocketbooks are recovering nicely!

I enjoyed spending time with family and friends and after many conversations, I discovered there are a lot of would be writers out there. I received good feedback about The Legend of the Firewalker and I was surprised by how many family and friends have actually read the book…yay! Usually after answering questions about the series and what’s next for the characters, the most commonly asked question I got asked was for tips for those tinkering around with the idea of writing.

I am no authority on this subject; however, having just published my first novel and soon to be releasing my second, the best advice that I can give is to write. The more you write the better you become and during that time a wonderful thing will happen; you will discover your voice!

I encourage those who write or that "tinker" around with writing to finish those short stories or book ideas that are piling up on your computer. Finish those stories from beginning to end and you will discover your voice or writing style. You will discover over time that you spend less time thinking about your writing skills and more time on telling a good story.

Another tip, write what you like! If you love books that are fast-paced and descriptive then write that. If you like books in which the main character or characters don’t escape peril easily then write stories that reflect that. Write for you first and for that audience that enjoys the same things that you do.

Stephen King explained during a lecture at Yale that if you read enough, there’s this magic moment which will always come to you if you want to be a writer. It’s the moment when you put down some book and say, "This really sucks...I can do better than this..."

And then I say, go ahead and do better and write!