Before I get into the movie, I want to announce that the Legend of the Firewalker: Drawing Bloodlines will be released in June 2014. I don't have an exact date yet, but I hope to have one soon. In a few weeks however, probably the week of May 12, I will be releasing sample chapters starting with chapter one of course, so stay tuned!

So, this Friday, the Amazing Spider-Man 2 hits theaters and I am excited to see it. I also hear that a new trailer for X-Men: Days of Future Past premiers with this movie.

According to www.rottentomatoes.com, in the Amazing Spider-Man 2, we can expect Peter Parker (Andrew Garfield) to continue to struggle to find balance between being the crime-fighting web swinger and being a regular person. While trying to find a happy medium between the ordinary and the extraordinary, Peter Parker encounters a formidable new villain, Electro (Jamie Foxx), while facing the return of an old one, Harry Osborn (Dane DeHaan). In this second installment, he also comes to the realization that all his enemies have one thing in common; OsCorp. 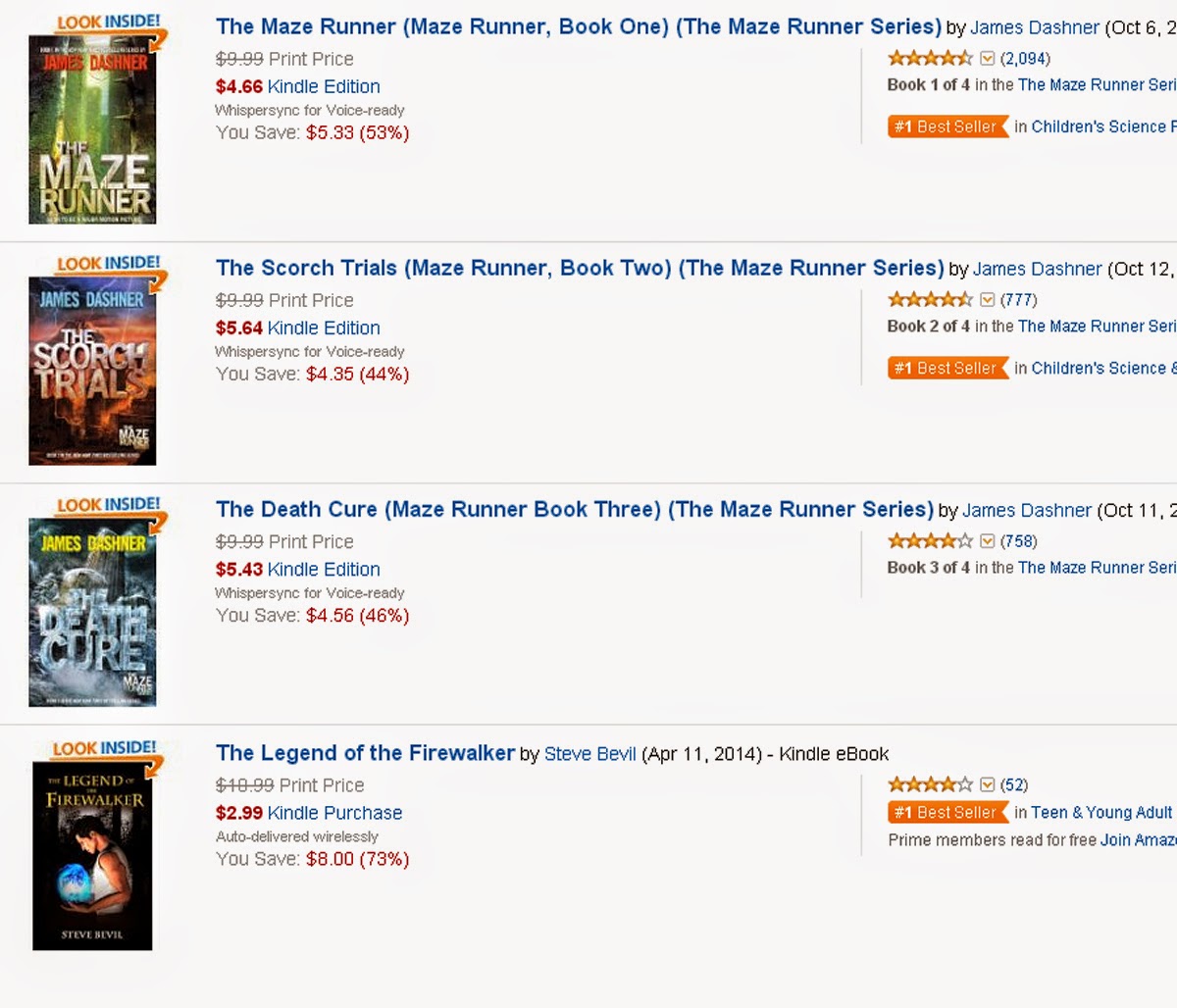 So, I wanted to share with you guys the good news! The Legend of the Firewalker hit #1 Best Seller status in the United States in a category for teens and young adults...yay!

I know the Legend of the Firewalker has hit #1 before, but it's always nice to see it in the list with other awesome best selling books such as the Maze Runner.

Reviews help me know what you guys like, and I plan to give you more of the good stuff in book #2 in the LOTFW series Drawing Bloodlines.

The Legend of the Firewalker eBook is now on sale for $1.99 on Amazon.

Captain America : The Winter Soldier & The Legend of the Firewalker : Drawing Bloodlines 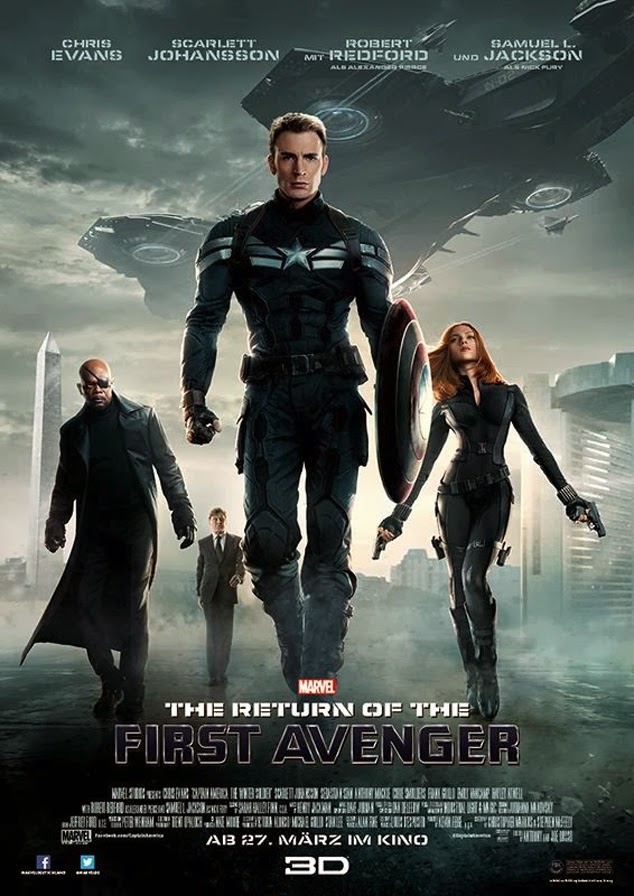 There were definitely some game changers in this film, and I am curious to see how they will affect the story-line in the Avengers franchise.

The movie received a 90% favorable rating from critics on RottenTomatoes.com and 95% of the audience liked it. If you enjoy fantasy, superhero movies I highly recommend it. I give Captain America: The Winter Soldier 4.5 out of 5 stars.

Divergent and the Legend of the Firewalker Update 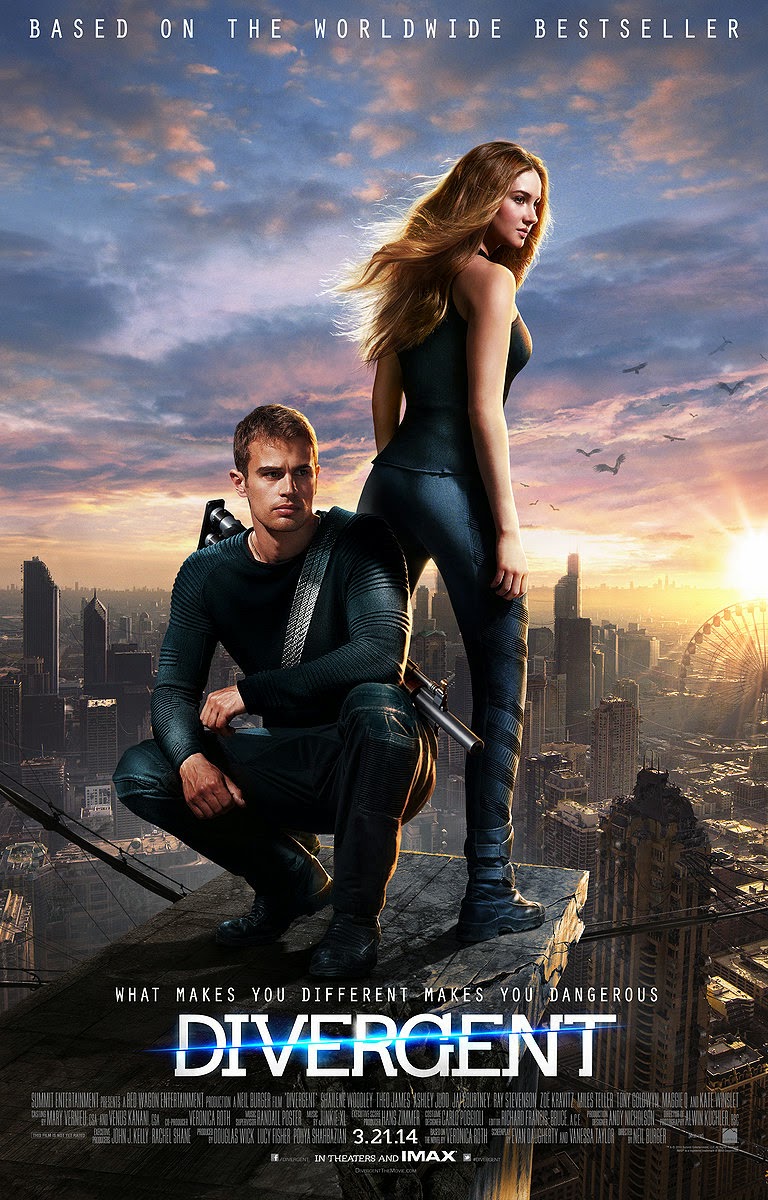 Before I give my review, I know I have been away for awhile, but I'm back! I took some time away to concentrate on getting book #2 in the Legend of the Firewalker series ready for you guys. I am really excited about the second book. The story takes place shortly after the first book ended and it spans over a period of only 3 days! A lot can happen in 72 hours. Over the next couple of weeks stay tuned for more about book #2, the release date, sample chapters and more!

Now, on to the review. I loved it! I didn't know what to expect because I hadn't read the book, so this was my first introduction to the series. Right away I could connect with the main character Tris played by actress Shailene Woodley.  I mean, who wants to be forced to fit into anywhere?

I give the movie 5 stars and I think it would have been a great summer movie. Rotten tomatoes currently rates this movie at 5.4 out of 10 on the Tomatoreader, but the audience gave it a 80% favorable rating. I think a favorable rating at 80% is more accurate. In its 14th day of release, the movie broke the $100 million sales mark in the United States and I think that's saying something.

My initial thoughts about the movie were so-so and that I probably wouldn't like it. Let's just say for me, a lot of the scenes that were meant to be suspenseful were. They actually made my hands sweat!