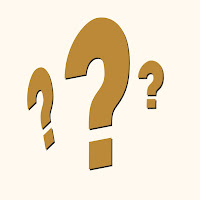 These are the questions that I get asked most frequently about The Legend of the Firewalker. Most of the questions have come from beta readers and friends of friends who have already read book one...and are already requesting book two!

If you have a question that I haven’t answered, please comment on the blog.

Why the name Lafonda?
I get this question A LOT..lol! I assume people ask me this question because everything about Lafonda doesn’t match the stereotype of an African American woman with that name…which was the point! Don’t judge a book by its cover, and in this case, name.

Is there something brewing between Nathan and Lafonda?
Hmm…great question! But if I tell you it would ruin the experience of discovering what happens as the characters do.

How many books in the series do you have planned?
This is the question I normally get asked after answering the question above. As of now, I know there will be at least 4 books.

Was Stephen Malick named Stephen after you?
No, Stephen Malick nor Amanda’s boyfriend Steve was named because of me. The name Stephen Malick just randomly popped in my head during a daydream I had of a conversation between Nathan and Malick.

Which character is your favorite?
They all are! Which I’m sure you would expect any author to say, but if I had to choose, I would say the character I adored the most in the first book was Jonas. Jonas was never intended to play such a big role in the book, but he was such a fan favorite amongst beta readers that I decided to include him more in the story.

How long did it take you to write the book?
It took me about 8 months to write The Legend of the Firewalker. A lot of that time was research, developing the storyline, and flushing out the characters, setting, etc.

Is there a Cahokia Falls, Illinois?
No, there isn’t, but in Nathan’s world Cahokia Falls is in central Illinois.

Are there even water falls in Illinois?
Haha, yes! They aren’t as big as Niagara Falls, but they do exist. If you want proof…click here to view Burden Falls near Harrisburg, Illinois.

What about the Cahokia American Indians mentioned in the book?
The Cahokia were an ancient American Indian tribe indigenous to the Midwest and they are known for their monumental mounds. Even though what’s written in the series about them is fantasy, I thought it would be cool to bring more light to this amazing civilization by including them in the book.  The Cahokia Mounds are located in southern Illinois, and you can learn more about them here.